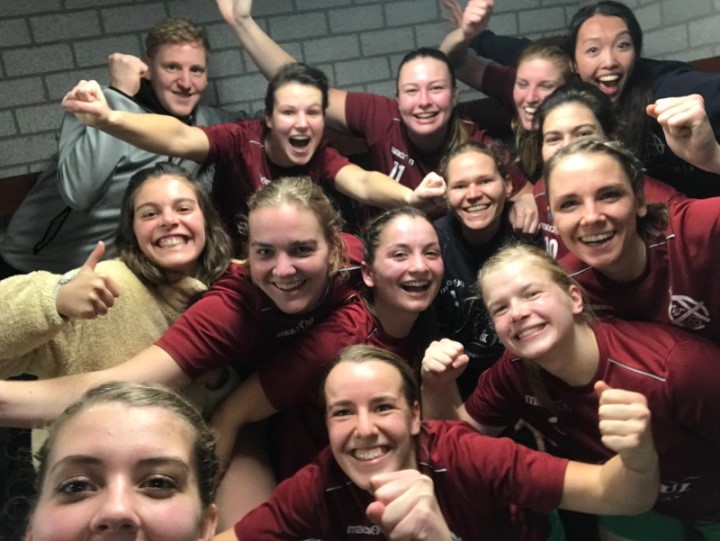 On Saturday evening, CT ladies Sunday 1 played one of their most important matches of the season against SVWW. They both won all the matches so far and shared the first place. This evening, the difference could be made.

After a nice and not too wild team party on Friday, we were all ready for the match of the season. We arrived in Wijster a bit early to support our ladies 3 team who played before us. After a pep talk of coach Roelof we were all very excited for the match and ready to fight for it. We started off full speed with a lot of pressure and nice goals, resulting in 6-2 for us. A good start of the first half. Jorien showed her qualities and this resulted in personal defense for her. SVWW came back a little but we kept the lead. Anne Waninge showed her former teammates how much they miss her, by scoring a beautiful goal in the first half. During rest, it was 15-10 for us.

During the second half, SVWW came a little closer mainly because we often played with only 4 players in the field. However, this could not stop us from scoring and we never gave away the lead. We still had three minutes to play and were 3 goals ahead of SVWW. We put pressure on their defense again and this resulted in a lot of goals in the last three minutes. Final score: 28-21 for the CT!

This means we are in first place now and we definitely want to keep this position! Next Sunday we will play a home match again, so we hope to see you all there to support us!